When a community finds itself in the path of a storm the size of Hurricane Irene, there is little that any one person can do. That's why it is important to mobilize groups of people towards the aim of dealing with the hosts of logistical problems that will arise before, during and after the event. With the storm due to hit Rhode Island on Sunday, I contacted Serve Rhode Island. Established in 1994 to administer the AmeriCorps programs, the scope of the group expanded when, in 2009, The Volunteer Center of Rhode Island merged into Serve Rhode Island, creating "one statewide organization dedicated to meeting the volunteer service needs of the Rhode Island community."

I signed up to help with disaster relief, and was contacted almost immediately by Claudia Staniszewski to attend a "Just-In-Time" Training for New Disaster Volunteers class on Saturday morning. I also agreed to help with the phones at the Rhode Island Emergency Management Agency in Cranston.

In all, three members of our Humanists of Rhode Island attended the Just in Time training, myself, my best friend Adam Miner, and the amazing Jenny Norris. We were served coffee and donuts (Dunkin', of course, this being Rhode Island) and we were treated to a PowerPoint about cleaning up after flood and wind damage, and about the safety and psychological issues we might be facing.

When a person's home is flooded, and all their belongings are destroyed, it's not just trash removal and mold abatement that we volunteers will be called upon to deal with. The people we'll be helping will be facing trauma over the loss of their property and homes. The typical emotions associated with loss, grief and anger, may be on full display.

Though we are by no means counselors or psychologists, it's important that we listen, and let the person we are trying to help set the pace of of our intrusion into their lives. We were told to be understanding and nonjudgmental, which is good advice under all circumstances.

Special instructions were given to us for dealing with important papers and family photographs.

We were also given practical advice. Flood water can hide many dangers, like open manholes, sharp debris, frightened animals and downed electrical lines. The water is certainly contaminated not only with with silt, a slipping hazard, but also potentially with chemicals, fuel oil or sewage. After the water is gone the mold sets in, if the home isn't stripped to the beams and sanitized with bleach.

After the training I went to the Command Readiness Center in Cranston to help manage the phones. After being signed in by security and finding my way to the phone bank, I spent four hours with a group of great volunteers. One of the women, named Patience, I recognized from the Just in Time training. I learned she had a two month old baby at home, and she was volunteering for the chance to simply get out of the house as her husband stayed with the baby. 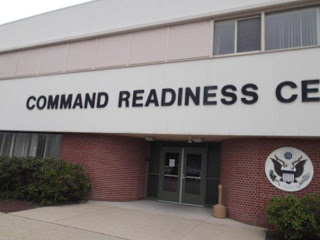 The calls ran the gamut that day from concerns about the closing of the bridges to Newport to concerns about the American Idol concert that was going on at the Civic Center downtown. Mostly we were there to assist people in finding out the information they needed, and to help those people with special medical needs to get on a list that would prioritize their care in the event of power outages.

I wore my Humanists of Rhode Island tee shirt, and answered questions for a woman with a name tag that identified her as a representative of FEMA about Humanism and volunteering during a short break from the phones. She was unaware of Humanism before our conversation, intrigued afterwards.

As I write this Irene is raging outside my window. The tree in front of my house snapped in half and fell into the street, fortunately doing no real damage to anyone or anything, even missing the wires to our house, somehow. The tree was young when we moved in thirteen years ago, and now it's essentially dead. But this small tragedy pales in comparison to the deaths and property damage being faced by people up and down the east coast, and I'm okay with the loss of the tree. My wife and I are already planning to plant a new one as soon as possible.
So far I've been called upon to do very little in the face of this storm. I may get a chance to assist in clean-up efforts, I may not. But I'm ready to help if needed, and what little I've done so far has helped, if even a little, to alleviate some of the problems an event like this creates.
Posted by Steve Ahlquist at 4:55 PM