A Letter to Governor Chafee 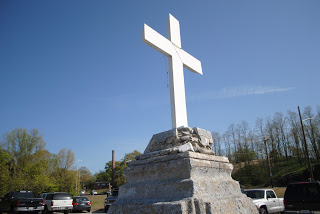 The bill being presented to you for your signature, H8143 seeks to make an end run around the First Amendment to the United States Constitution. The bill seeks to establish a means by which any public monument can be classified as secular despite any religious meaning or significance that might be attached to it.

I understand that this bill is seeking to protect historical monuments, and specifically the cross currently at issue in Woonsocket, from those who value the separation of church and state, but the bill fails on at least three grounds. First, no law enacted at the state level can override our Federal, constitutionally protected rights. Second, merely declaring that a monument is secular doesn't make it so any more than declaring a cat is now a cow allows one to milk it. Third, poorly thought out bills, such as H8143, may be pleasing to some constituents, but crowd pleasing bills, passed in the heat of the moment, often have unexpected and counter productive consequences.

On behalf of myself and the group I represent, I urge you to veto this bill, fully understanding how politically difficult this might be.