Better Than Sects: Debate Post Mortem: It seems reasonable to question what our response to radical interdependence gains from the belief that we are at the mercy of a cosmic intelligence. If turning to each other is the solution, who needs gods? A response to radical interdependence without supernaturalism is distinct enough from the common understanding of religion to be called by another name. Such a response already exists. It's the philosophy known as humanism.
Posted by Tony Houston at 9:26 AM No comments: Links to this post 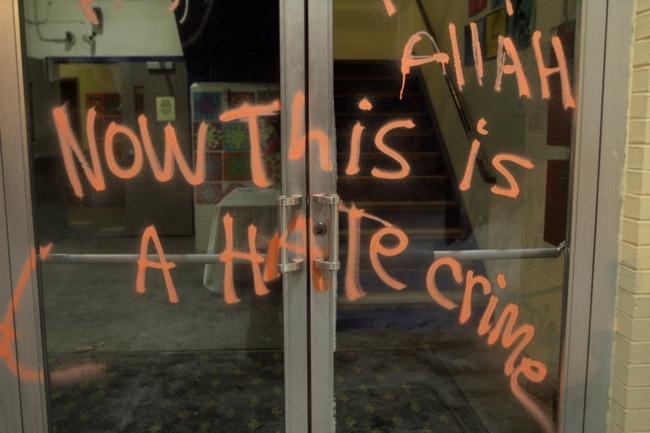 Posted by Steve Ahlquist at 7:19 PM No comments: Links to this post

The Humanists of Rhode Island (HRI) decry the recent vandalism of the Islamic School of Rhode Island. We wish to join our voices with the chorus of citizens, religious or not, denouncing violence and hate crimes that serve only to divide our community.

Steve Ahlquist, President of the Humanists of Rhode Island, said, “Roger Williams, the founder of our state, expressly invited all people of good conscience to participate in our secular government, regardless of their religious beliefs. Ours was the first democratic government to expressly invite Pagans, Jews, Muslims and atheists to be free citizens in the new world. This is our heritage. It is a legacy we should protect and be proud of.”

The Humanists of Rhode Island believe that recent events, such the murder of the three Muslim students in Chapel Hill, North Carolina, the burning of the Islamic School in Houston, Texas and now the vandalism of the Islamic School here in Rhode Island, demonstrate the need for a renewed commitment to our values of inclusion, freedom of conscience, and civil discourse.

In this spirit, the Humanists of Rhode Island stand in solidarity with the Islamic community to oppose hate and violence.


Humanism is a progressive philosophy of life that, without theism and other supernatural beliefs, affirms our ability and responsibility to lead ethical lives of personal fulfillment that aspire to the greater good of humanity.